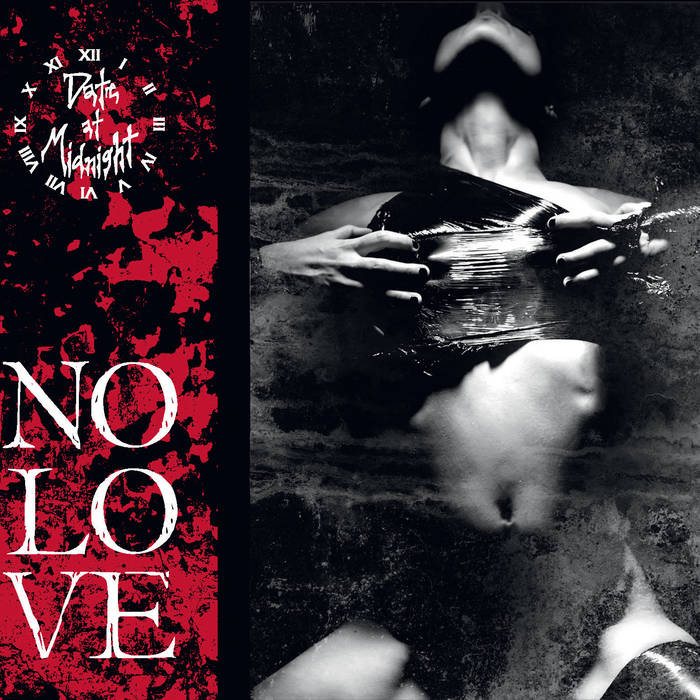 MD020 - DATE AT MIDNIGHT "No Love" is available in Digipack CD
Get the album:
manicdepressionrecords.com

Date at Midnight (www.dateatmidnight.com) formed in Rome in 2007, and quickly established a reputation both in Italy and abroad: during last years they’ve been playing extensively in Germany, Spain, Austria, Switzerland and France; the current line - up features Daniele De Angelis (voice), Pasquale Vico (bass), Francesco Barone (guitar) and Francesco Mignogna (drums).
After their debut, self - titled EP (2008), they signed an agreement with Manic Depression Records (www.manicdepressionrecords.com) to release in 2012 their first full – length, “No Love”.
They are distinguished by a powerful sound in which the ruins of the Eternal City meet the chaotic and obsessive feelings of metropolitan landscapes, introspective and hard-to-confess sensations, betrayed hope, and pervasive irony, combining the roots of Gothic Rock, the instinct of Post-punk and the dramatic attitude of Deathrock in a strikingly personal style, resulting in solid, absorbing rhythms topped with abrasive, crazy guitar and theatrical, imposing vocals, with English and Italian lyrics which frame, with disenchantment, the decadence of our times.