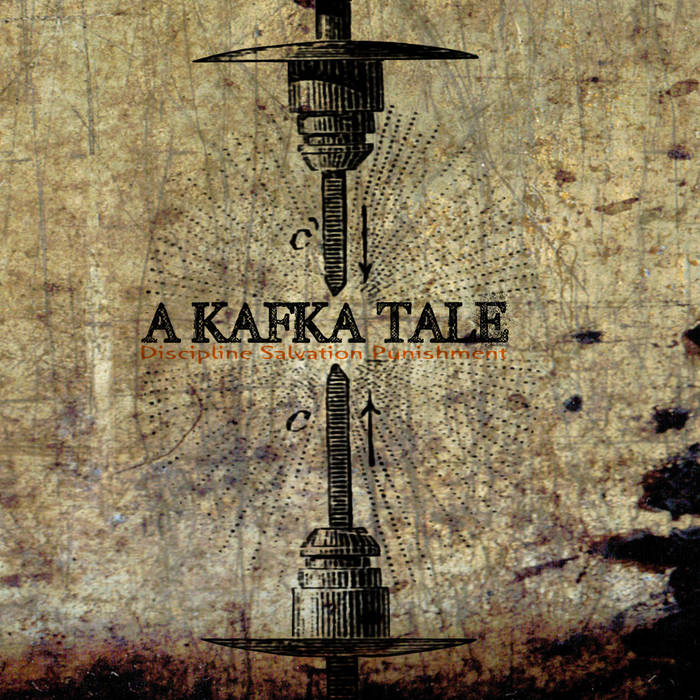 MD021 - DRAMA OF THE SPHERES "A Kafka Tale" is Available in Digipack CD.
Get the album:
manicdepressionrecords.com

Born in 1993 in Metz and heavily influenced by goth post punk of the 80s such as Virgin Prunes, Sex Gang Children, Neva, Drama of the Spheres released 3 demos "Do not Yell So Loud," "A Dead End" and "A Dead End 2 "to 95, linking the concerts in France and Belgium.
Remy Pelleschi (Mlada Fronta / Tribal label) produced their first album "Usaul Things" released in 1996.
Follow the "Psychiatric Usual Tour" and the second album "Unable To Dream".
In 1999 change of line up (with a slightly stronger influence Trent Reznor) and release of a mini EP "Escaped From The Island Mouthless Children" in 2000 followed by "Dancing Bones" JeroMad first solo album under the name of Drama.
The group became a staple of the French scene dark, its crazy world mix the modernity of electro and industrial with Batcave.
In 2008, Manic Depression is preparing to release a double CD, gathering the entire production of the band, offering JeroMad also the opportunity to release his concept album "HellOz", resuming in its own way the story of the Wizard of Oz.
After the "HellOz" concert series JeroMad has planed to close -once and for all- the history of Drama Of The Spheres with a new album: "A Tale Kafka." Concept Album on Franz Kafka's short story "In the Penal Colony." The band Nehr joins JeroMad for the studio recording, the album is released in March 2012 on Manic Depression Records.
Drama Of The Spheres becomes again a trio with JeroMad (Sir jad Drama) guitar / keyboards / bass / vocals; Brice (PKRK / Skarface / ex Charge 69) on drums, and Yann K (InSoundMniac's) on guitar for the live shows.
The new set features the new songs of "A Tale Kafka" and some "band classics" such as "Squalid Jokers" or "Understand Me" ...