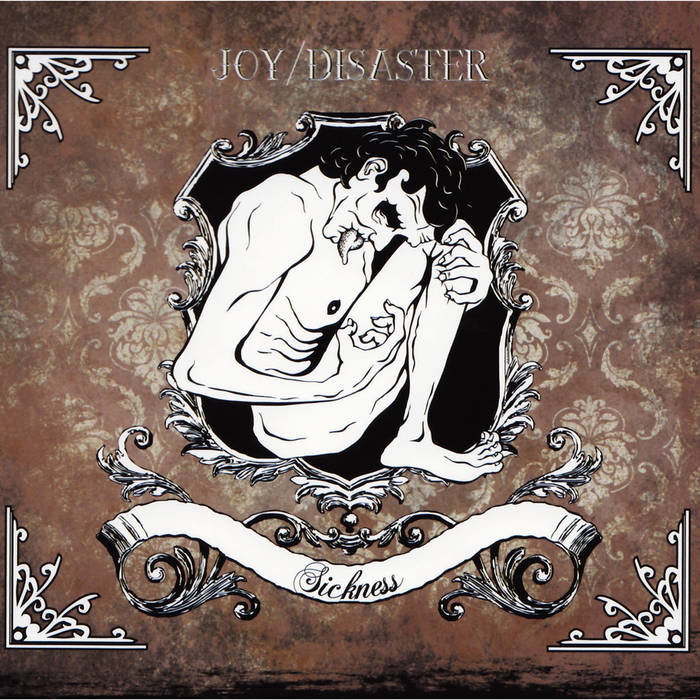 JOY / DISASTER, currently composed of Nico (vocals / lead guitar), Simon (rhythm guitar / vocals), Soupa (bass / vocals) and Julien (drums) formed in France in 2005.
Since their inception, the group has captured the attention of the press and media with their post-punk revival. Their titles quickly became successful in the underground scene and has been played throughout the world by alternative DJs, which has led to the creation of a number of fan clubs in Chile, Peru, England, and most recently in Lithuania and Argentina.

Over time, J / D has steadily improved its sound personality from powerful punk roots, aggressive guitar riffs and dynamic vocals resonate much more melodic and mature. Depth, low voice with a hint of metallic guitar riffs and stretched providing a sound completely new.
Despite their change of style, fans will surely be pleasantly surprised as the group continues to be active in the field of post-punk.

With their recently released EP (February 2011), "PRIMARY CARE" JOY / DISASTER went to the next level: a melody sophisticated and professional, very emotionally charged.
J / D has played in more than 15 countries (over 300 concerts), sharing the stage with artists such as The Chameleons, Pink Turns Blue, Gene Loves Jezebel, 45 Grave, Cinema Strange, Norma Loy, Frank The Baptist, Paradise Lost, Combichrist, Suicide Commando, Covenant, Front 242, etc. Das Ich. Wave Gotik Treffen (DE), The Night Of The warehouse Festival (BE), Drop Dead Festival (CZ), Castle Party (PL), Moonlight Festival (IT), Graveyeard Fest (Pt) are just some of the festivals, where thousands of people attended the vibrant spectacle delivered by the French quartet. Dynamic performance and charming as it is live that the group comes into its own thanks to its proximity to the public and the presence of Nico, who proves to be a charismatic frontliner.

Distributed from their first album in 2006, Manic Depression Records label with which the group has been under contract, a prelude to collaboration leading to the release of their second album (Paranoia) in January 2007. And continued with the release of "StäygätôW" in January 2010 and last album "SICKNESS" released in February 2012 edition digipack and vinyl.
After a promotional tour of Central Europe last album, JOY / DISASTER had to cancel a number of concerts following the death of the father of one of his group members and the departure of bassist for personal and artistic reasons.

After this forced break, JOY / DISASTER will get back to work during the summer of 2013 to prepare for new titles. They will soon be supervised by a new director and tour agencies Tour Booking (UK & U.S.) with the prospect of recording the band's fifth album released in November 2013.

Two tours are scheduled, the first to be held in October 2013 (England and Scotland) and the second in November 2013 (New York, Los Angeles and Mexico). JOY / DISASTER is already confirmed for editing festivals that take place during the summer and a number of dates are in preparation for the release of this album, but we can not officially announce the dates for privacy reasons.

JOY / DISASTER posted a new title "BROKEN Promiser" in March 2013 and many DJs and radio stations around the world have accepted this as a very positive way. The next album mix one modern rock and melodic tinged post punk influences but also post rock.

All songs by JOY/DISASTER. Lyrics by nrohr.
Produced by JOY/DISASTER
drums recorded by Marc Voisin at "V.L.O Studio".
Other recordings at "Pupute Studio".
Mixed by Nick Horror at "K&A Studio"
Cover Art by Simon Bonnafous