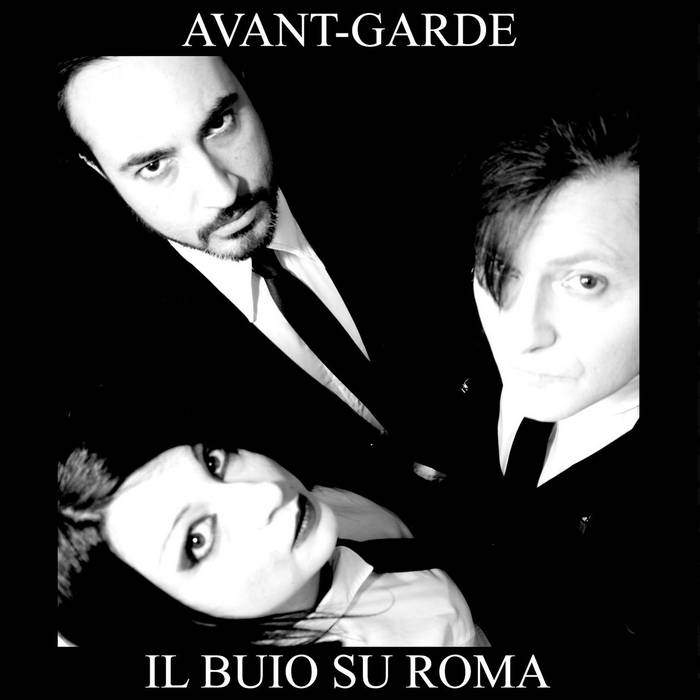 
Avant-Garde are a Rome based band came to life in 1994 as a creation of Alessio Schiavi with the attitude to re-elaborate the classic dark-wave sound, trying to turn it into something more fresh, upgraded and new without losing the original feeling of 80ies darkwave.
After appearances at countless gothic festivals and on various compilations, it was from 2004 when the project evolved into a real band, with the arrival of Alessandro Conte (bass) in 2004 and Antonio M. in 2006 (guitars).  Since then, the band released two full length albums (“Cyanure” in 2004 and the acclaimed “Iron in flesh” in 2008) and performed several gigs all over Europe, having the pleasure to be the support act for bands such as Red Lorry Yellow Lorry, Cinema Strange, And Also The Trees, For Against, The Chameleons, Clan Of Xymox, White Rose Movement…
2010: New line-up, new sounds; Viviana Bellanza and her synths join the band, replacing the second guitar.  Her arrival is adding fresh influences and sounds to the project!
2013: Their third album “Antitesi” is released by the French label Manic Depression Records while they become a 4-piece band since Valentina Larussa joins them on drums.
In 2015 Avant-Garde are ready to spread their sound much further across the borders of homeland Italy than ever before, also promoting the brand new live CD “Il Buio su Roma” co-produced by SWISS DARK NIGHTS and MANIC DEPRESSION RECORDS.