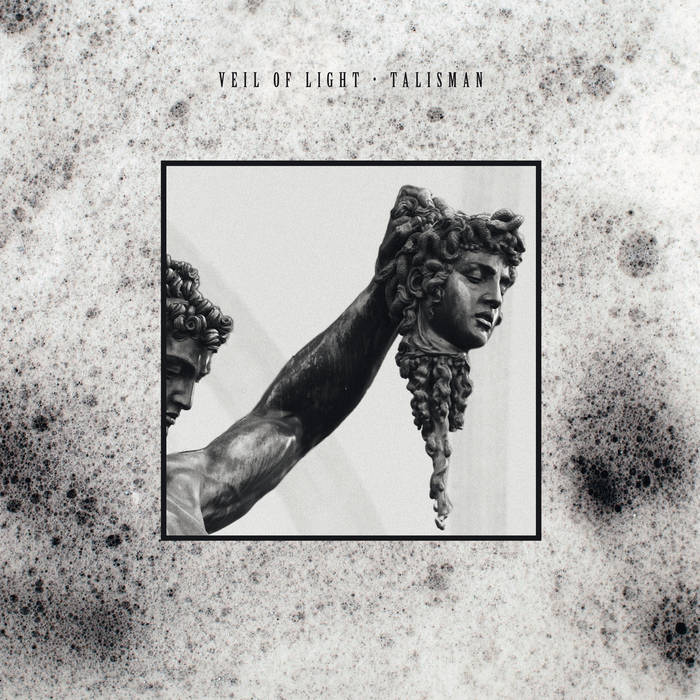 MD049 - VEIL OF LIGHT "Talisman" available in Vinyl 12" at:
manicdepressionrecords.com

Created by M as a side-project and one-man-band, Zurich (Switzerland) based Cold Wave/Post-Punk outfit Veil Of Light emerged in late 2012. With Veil Of Light, floating layers of synth, reverb
drenched guitars, shattering rhythms and gloomy vocals come together to create haunting songs of light in darkness.
Written, performed and recorded all alone in a bunker at the border of Zurich, the debut EP
»Veil Of Light« was released by Swedish industrial wave label BELÄTEN in May 2013.The tape was characterised as »six songs of ice cold gothgaze splendor« and it sold out in less than two months. The follow-up »Cold Skin« was released in late November by Swiss label EDITION GRIS in form
of a 7" single containing two songs, combined with two digital bonus tracks. With »Cold Skin«,
M delves more and more into the abysses of melancholia.
In november 2014 Veil Of Lights full length debut LP Ξ was released by BELÄTEN.
Due to overwhelming critics and after different gig offers, the one-man-band evolved into a two-piece outfit in order to play live.
Veil Of Light has played headlining tours in Italy in 2014 and Skandinavia in 2015 as well as many Club shows in Switzerland, Germany, Holland etc. and Festivals like Wave Gotik Treffen Leipzig (WGT), Incubate FestivalTilburg etc., sharing the stage with bands likeThe Soft Moon, Zola Jesus,
Christian Death, Lebanon Hanover, Dark Horses,Trepaneringsritualen, King Dude ...

New sounds from Mavi, Ivy Sole & Moderator, plus AJ, the One joins the show, for her latest release