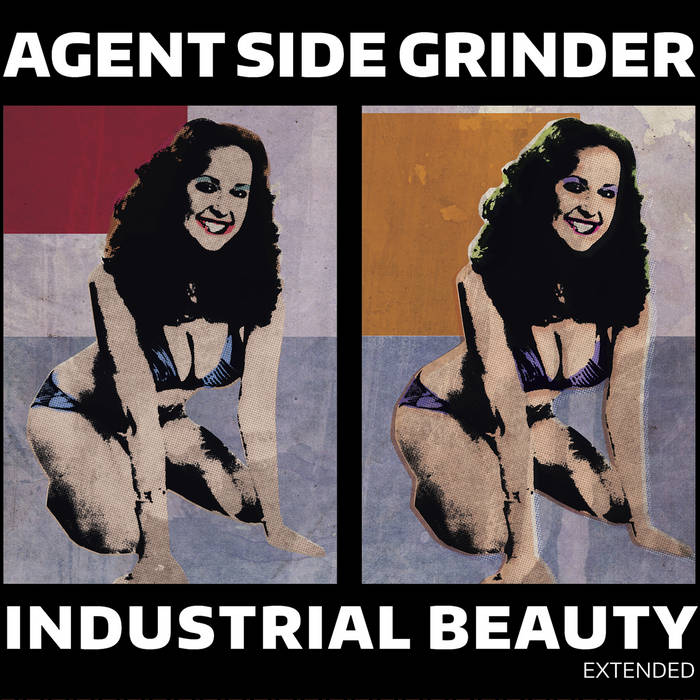 Originally released in 2011 on Manic Depression Records, and quickly sold out ,"Industrial Beauty"compiles songs taken from "Agent Side Grinder" "Irish Recording Tape", and "The Transatlantic Tape Project", as well as live versions of tracks from the same period.
"Industrial Beauty (extended)" contains the original tracklist extended with Remixes and some more great live versions!

Though as Alkimia climbed the highest highs of pop music—dark, moody, low-key and atmospheric—the band's journey from their self-titled debut release to 2009's Irish Recording Tape, to 2012's Hardware, to Alkimia is, in a way, stringent. From the electronic oddities of their earlier stages, influenced by Fad Gadget, Suicide or Cabaret Voltaire to the noble and shimmering pop tracks that define their present, there always was a certain "something" about them that made them stand out, a lot. Kristoffer Grip's sombre baritone, the masterfully played analogue synthesizers, the brooding basslines, and these songs, these beautiful songs, that, despite all catchiness, always give away little charming details that gravitate me to listen to their albums over and over.

Granted, each record they released was a quantum leap to its predecessor. Nevertheless, their starting points were a cause for major turmoil in the electronic music scene. Their debut album already gave away some Pop appeal that left you hooked on electronic oddities like Ricocheting Memories, Container Baby Traffic Blues or Me, Me and Me. It was raw and unpolished, a work of craftsmanship, a band struggling to find their sound, audibly. But it left me waiting for more, for this full, raw potential, their talent to blossom.

Irish Recording Tape was the logical step forward. Still very few live sets go without Die To Live or Life In Advance—their overbrooding creativity and experimentalism was tamed a bit, more controlled—and highly effective. The two songs mentioned display the band's multilateral influences perfectly—while Life In Advance sounds like New Order and Kraftwerk spent some time in the studio together, Die To Live is an assault, raw, very Punk. Suicide would have been proud, and actually, they were. Sharing a stage with the No Wave icons resulted in the split live release Live In Swizerland in 2011, and also Dirk Ivens, another innvoator and highly influential figure of the electronic music scene could not resist performing with the band.

After listening to their highly acclaimed Hardware in 2012, their first all-killer-no-filler release that made the band's popularity skyrocket with songs like Stranger Stranger, Look Within or Wolf Hour that filled more than one dancefloor. Noting the influence of The Klinik in ASG's sound and some similarities to the classic Klinik track Go Back, they performed a mash-up together.

A tour through Europe followed the release, and they got a lot of attention. There is no end in sight of ASG's creative streak; the Swedes are one of the hottest and best-reputed names of the Swedish and international Post-Punk music scene.